Nottingham offers great performance with every batch, allowing brewers to cover a wide variety of beer styles with just one yeast type. The Nottingham strain was selected for its highly flocculant & relatively full attenuation properties. It produces low concentrations of fruity and estery aromas and has been described as neutral for ale yeast, allowing the full natural flavor of malt & hops to develop. 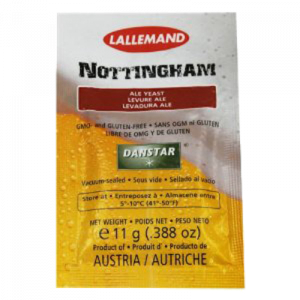 The Move is Done

Everything is moved to the new shop, however still not organized for walk in purchases. We ask you to continue ordering online and pickup at the new location now,  1120 Broad Street.  Pickup will be from the side door facing the parking lot.  Please refer to

for hours.  Do not assume you order will be ready the same day or next day, wait until you receive the email indicating its ready for pickup.  In most cases it should be next day and occasionally the same day depending on what you’ve ordered.

We apologize for any inconveniences this may cause.